My horrible experience with Steam and video games

My experience with Steam

Endless Dream was the first game I have developed which also was published on Steam. Endless Dream was developed as a bachelor project 2 years ago. Back then we had to put in a ton of effort to get through Greenlight. We even got greenlit and were able to publish the game on steam a half year later. In the team, all were pretty proud but cancer real life came quickly. The sales were just… meh. The right image is the sales report shows whooping $140 on sales which strangely never got paid out. Of course, what do you expect in an oversaturated market. Then at Christmas 2018, the next reality of Steam came in which is the incredible huge probability of being hacked. According to GameSpot, Steam accounts are hacked every month and at Christmas, our publisher account was one of those 77000 and the hacker changed the shop page of Endless Dream which lead to a “community ban” or how it is called. Now the amazing thing is that I was able to get the account back using the support ticket. But guess what… the account remained banned. After writing the next support ticket to uplift the ban, the simple answer was “We are sorry, we are not going to unban this publisher account”.

The video game market has similarities to the gold rush back in 1848 where most lose money and only a few lucky ones won. In the video game industry, there are the few AAA big players that get all the money and can be compared to big gold mining companies. All other game studios will probably lose money when attempting to create video games except a very few “lucky” ones. For 1 successful indie game, 10000 games will fail due to bad development or lacking marketing ability. So during the gold rush, almost all who focused on gold lost money and left desperate. But there were people who saw that it was smart to not focus on gold but to cater the gold rushing miners by selling tools and … beverages. Every gold miner needs tools whether they find gold or not and these tools must be produced. Game engines are the equivalent to shovels back in 1848.

Endless Dream showed me how difficult it is to earn money in the video game industry. We worked as a 5 man team for about 2 years, and we earned a theoretical $140 which never got paid out by Steam. Reality just shows that it is not worth to pursue game development for conventional video games. Actually I began to move away from games completely and develop shovels instead. I may someday create another game using all my shovels released on the Unity Asset Store but guess what… it is much more fun developing Unity Assets than video games. You don’t have to rely on team members and share the revenue with other team members as Unity Assets can easily be created alone. Also, I can focus on procedural content generation which I love while even earning a little extra money by selling those little assets. Currently, I am working full time with Unity3D at my current entry-level job at Polycular. We use Unity3D but are not developing conventional video games. Unity3D was developed as a game engine but it is much more lucrative to use it to create non-game related stuff like scientific visualization. Just like digging for other raw materials instead of gold. 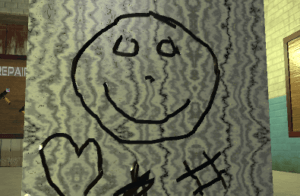 So overall Endless Dream was a great experience early enough where failures will not ruin you financially as it was part of the curriculum at my university. But if this would happen outside University where people have to get paid, such a result would mean huge financial loss or even bankruptcy. My ambition to create video games almost vanished completely with “Endless Dream” like as the name suggest: The only way I could imagine making money with video games is to either be AAA company, but even those seem to struggle today or use insane procedural content generation power to reduce development costs. With Endless Dream, I achieved my dream of releasing a video game on Steam and it is time to move on. Now my dream is to create everything procedurally including Sound and Music. However, keep in mind that earning money with video games probably is just an “Endless Dream”