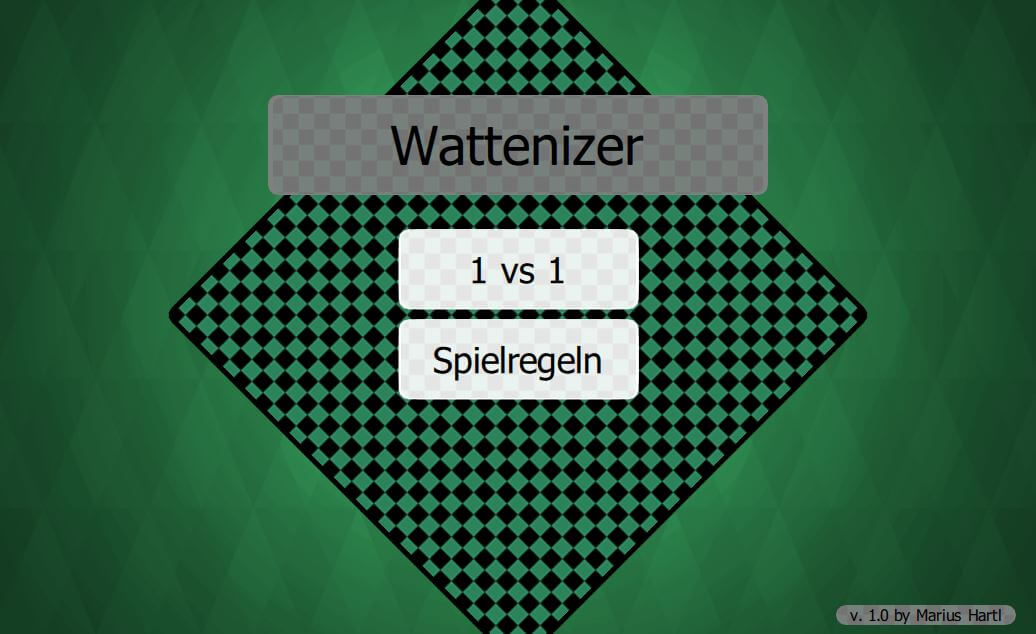 Wattenizer is the second game I developed as an assignment and is a mobile game where you can play a card game called “Watten”. Watten originates from Bayern, Germany and therefore is widely known in Germany and Austria. Watten is played with traditional playing cards and the rules can have minor differences on a regional basis. The number of players can also be different but the maximum are 4 players. Wattenizer is available for free on the android play store: 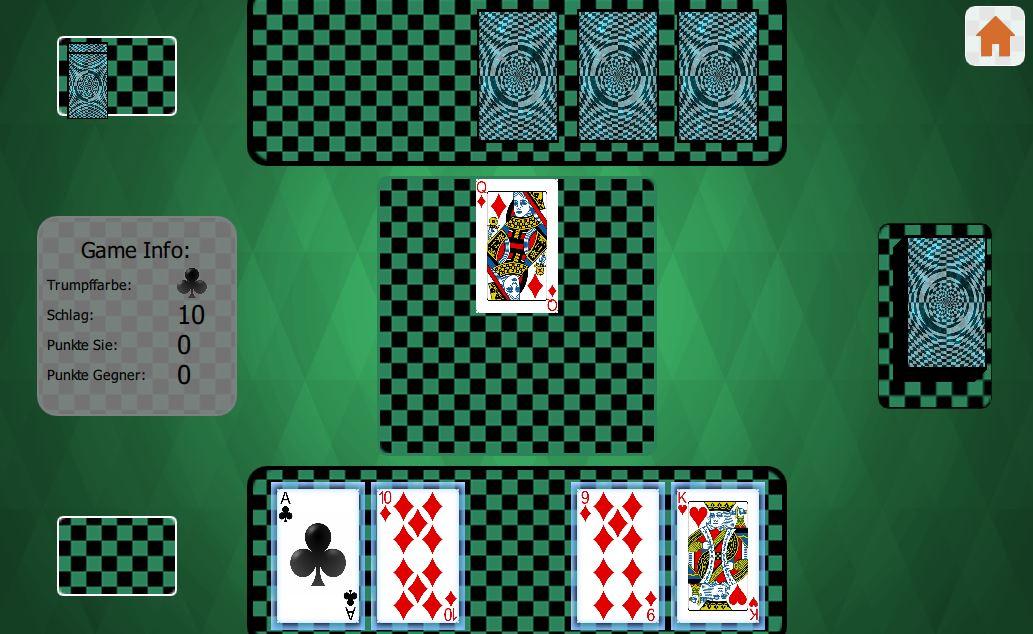 Wattenizer currently supports one versus one and is very easy to learn but difficult to master. The card deck consists of 36 cards which are divided into 4 symbols and 9 values. At the beginning, each player draws 5 cards. Then one player has to declare one symbol as “Trumpf”. Afterwards, the other player has to declare one value as “Schlag”. Then the player who declared the “Schlag” has to play out the first card. The other player has to answer the play with a card and the winner of the turn is decided by comparing the played cards.

There are 4 types of cards in this game which are “Normal, Trumps, Schlag and Trumpfschlag”. Normal cards are standard cards which can be beaten by all other card types. If a player plays a normal card, it can be beaten with special cards like a Trump or with another normal card. If both cards have the same type, the one with the higher value wins. But if both are normal, the symbol of the answering player must match the initiating player. If a player initiates a turn with a Trump, the other player can only beat it with another Trump which has a higher value or with any Schlag card. The Schlag card can only be beaten with the most powerful card called “Trumpfschlag” which is Trump and Schlag at the same time. If both players play a “Schlag” card and one of them is not the “Trumpfschlag”, the initiating player wins the turn. The first player who won three turns wins the round and earns 2 winning points. If the winning points are higher than 11, the player wins the game.

← Negative Light Away Without Leaving →