What is a hamster wheel?

When is a job a hamster wheel? 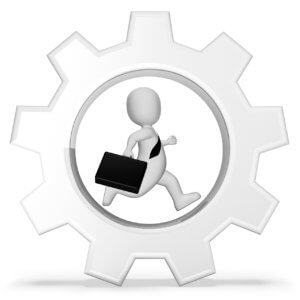 Rat race from stuart_roger_miles at Pixabay Most people are stuck in the rat race. But what is a rat race?

Now during unemployment, I had time to review my last year during the entry-level job. What was good, what was bad and I found some cues about what is a hamster wheel. Usually, when you visit blogs about financial freedom, they generally say that employment is the rat race because you are making someone else rich and you are exchanging your time for money. But is this really true? There are many things which can only be done inside a so-called “Hamster Wheel” for example being an astronaut. You are working for some agency which is probably NASA and on the International Space Station ISS, you have zero freedom. This matches the definition of a hamster wheel according to many blogs about financial freedom.

Let’s investigate the situation of rich people especially those in the entertainment business called celebrities. For example, Justin Bieber got successful early on due to sheer talent, beautiful genes for facial features and hard work. Now if he enters a train or goes skiing somewhere, masses of people will follow him and it is impossible to escape this. Then he also earned a lot of money but never learned how to manage a large sum of money. This can be easily observed when celebrities buy many luxury goods such as sports cars, luxury real estate, and yachts. I do not know how contracts in the music business look like but what I heard is that they are filled with bogus clauses. Maybe one of those clauses binds a celebrity to a specific company. He has the money, maximum luxury but has to perform all the time like any other celebrity inside the entertainment business. This is per definition a hamster wheel.

Can self-employment be a hamster wheel?

If you work as an employee, you work for someone else. You are exchanging time to money according to freedom blogs. But what if you own stocks of your employer? Is it then still someone else because in such a case, you own a part of your hamster wheel. Blogs write about getting out of the rat race and their solution mostly is to become self-employed and found a company. Then people follow this advice, quit their job and start doing freelance work. Now as a freelancer you are also making someone else rich and you still have to put time into your business. Now you are in your own hamster wheel. Just investigate Elon Musk with his SpaceX company. He works 120 hours a week in his company or in his own hamster wheel making him the ultimate hamster of all hamsters.

Even if you achieve financial freedom and get out of the rat race, you still have to do something after obtaining financial freedom. I, for example, sit in front of a computer coding Unity Assets all day long. Rich people start doing something interesting like making videos or founding startup companies where they spend 100+ hours a week. According to financial freedom blogs, simply being alive must mean being stuck in at least one hamster wheel. Therefore we have to investigate what really classifies as a hamster wheel.

Indicators of a hamster wheel:

Through observation, I came to the conclusion that the definition of a hamster wheel is a activity you absolutely hate but have to do every day. There can be many reasons why you do not like a specific activity or job and various factors will influence this. These factors can be related to the job itself but can also be external factors like criminality, pollution, health issues. Employers who want to reduce employee fluctuation have to prevent turning their company into a rat race. Since I worked for 6 years in a large company and now one year at a small startup, I can provide my list of issues that would turn a job into a rat race.

For employers reading this: Preventing these issues may increase your employee loyalty by a significant amount as they are probably true for other people.

For me commuting to work by some overfilled and ugly train for 2 hours every day which is filled with people I do not like is the main reason why my last job turned into a hamster wheel. Not only do I lose 2 hours every day but I even have to pay for the disease filled train. Trains and buses during standard job hours are completely filled with people and are the best place to catch nasty diseases which are then carried into your company. This will cause paid sick-leave which is stressful for the employee and the employer.

The mood of the people inside such a train usually is the worst you can imagine. If there are 4 crying babies inside the overfilled train when you commute home after an exhausting working day, this can turn into the most horrible nightmare. When the mood is already bad, people get aggressive really fast and I was threatened by people several times. One time, really shady people came to me and questioned stuff which I do not want to answer. I am more introverted and get anxious if I am surrounded by people I do not know or do not want to know in a location where I do not want to be. This is the recipe for disaster.

Paying minimum wage has a very bad taste in my mouth. I was paid minimum wage during the one year and it caused me to think if I am really wanted in that company. I have to think about what would they pay if minimum wage laws do not exist? Nothing? Just enough so you survive? I knew that a startup does not have a lot of money but this will make employees vulnerable to headhunters and recruiters. What turns a job into a hamster wheel immediately is if loan dumping or excusing can be observed. Game companies use the “passion” of their employees as reason for lower wages. Unpaid overtime also has fancy methods to lower the salary indirectly. Another silly observation is when employers use weird perks like ball pits to justify a lower wage. Good perks are those which can be translated into real money, for example, a gym membership.

This probably occurs more in larger companies where hierarchies are very huge. I experienced this when I worked in the large company for 6 years. It was during a hot summer where the workplace hat a degree of 40° which is very dangerous to your health. Additionally, the workplace was filled with toxic gases. The bosses all sit in their climate spaces telling their employees that they should stop drinking water because this may create rust on the produced machine parts. Another case is watching the management staff laughing at the employees. Employees especially millennials will find out if a company is doing bogus stuff. Hiring only people who have a mortgage to pay off is not the way to go.

Cause 4: The feeling of making no progress:

This is the most difficult thing to avoid as an employer since the concept of wasting time for someone else always looms over the head of employees. So how can you prevent this from occurring? The most basic method to reduce this feeling is to increase the salary. More lower pay raises regularly is better than one rare big pay raise. For me as a capitalistic being who likes investing, only measurable progress counts. For me, the best method to remove this issue is to offer a solution where employees can buy ownership in percentages of the company like stocks. This would be the best solution because after owning stocks, I would work partly for my company and not purely for someone else. If you do well, the company earns money and the value including your stock rises.

Not everyone can be an entrepreneur because of lacking crucial character traits or simply lack of money or ideas. Successful startups requires a solid team where everyone should benefit from the success and not only a select few. If your company already is successful and expanding, offering investing options is easy if you know the total worth of your company. Simple decide as company owner how many percentages you want to sell to your employees for example 10%. Then divide the total company worth by 10% and then create a million stocks which then can be bought. I cannot tell how difficult this is since it sounds simple on paper.